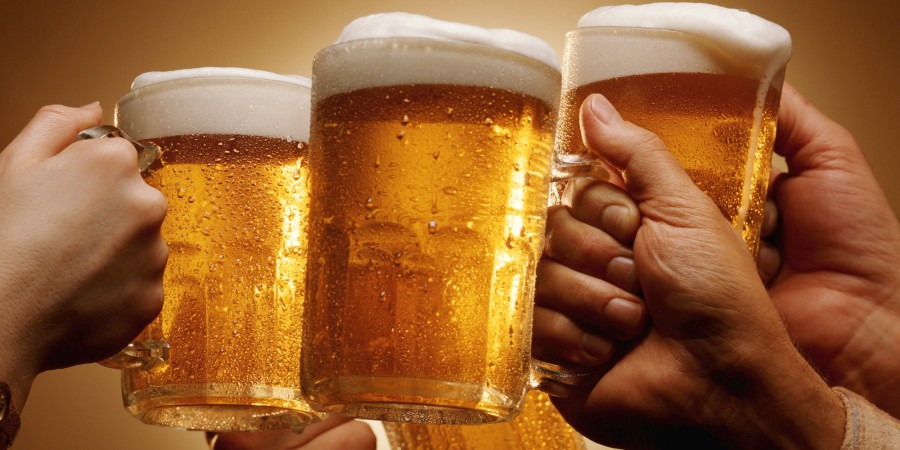 This is how it started. I was at the hair salon in my hometown Piteå and met an old classmate. We started speaking about the politician in Luleå who was sexually harassing a common friend to us. Then she told me the most horrific story about a man in our city who has been beating and raping women for decades.

She told me that one time after her friend picked up a woman he had raped, her eyes was red and had blood in them since he had strangled her so hard and her legs were covered in blood that was coming from her vagina since he had raped her so badly. She also told me that he had taken a chair and forced the leg of the chair down a woman’s throat.

I was like “What? Why is this man not in jail?” and she said because women have always been too scared to to go to the police. “Everyone in the city knows but what can you do?”

Later in the evening I went to the pub and I was sitting in the bar drinking with a man I just met and we were discussing about another rapist. A rapist who tortured, raped and beat my friend for years. He chased her with scissors, beat her so badly she could not walk, raped her and then laughed at her, threatened to killer if she was ever going to leave him. The usual stuff.

And he was actually convicted. To a few weeks of gardening work.

In Sweden only 5% of the reported rapes leads to conviction and gardening work is a common sentence. Most common is of course to not get reported in the first place.

(Did you know btw that only in Russia 14,000 women die each year from domestic violence?)

So, we were sitting talking about this rapist in the bar and then the man asked me “Who is it?” and then he mentioned the exact same person that my friend told me about in the salon. He told me the exact same story and said just like my friend “The whole town knows”.

I was reacting in the exact same way “But why is he not in jail?” and then this man just started the longest feminist speech. It was not mansplaining, it was just great and so fucking on point.

I was like “Wow, this man really knows what’s up. Maybe he could start his own feminist YouTube channel.” And he was around 60, but so aware. Such a badass feminist. I have to admit, I was a bit impressed.

Then I turned around and 3 meters away from me he sat down in the bar. The famous rapist, abuser and wife beater, known in my hometown for forcing down a chair in a woman’s throat – and his girlfriend was sitting down next to him.

Just a few minutes after they came both me and the girlfriend went to the toilet and we started to speak. She was so nice. We connected immediately. She was one of these people you just like in a heartbeat. We spoke about lots of things, laughed and then we went up to the bar again.

The whole thing was so weird. There we sat in the bar the four of us, five with the bartender. We were the only guests in the bar and all of us knew what he was raping and beating his girlfriend.

So we started to behave. And speak. About different things. Shallow things. About my travels I think and that was when the rapist asked me if I was 15, 16 or 17 years old. I just said 17 and continued talking. I was trying to give him as little attention as possible.

Then my friend from Stockholm finally came and the first thing he does is – sitting down at the rapist’s chair. I was like “OMG! This evening is gonna end bad.”. Obviously, he had no idea of who these people were. He just came into the bar after having played a Ravel concert.

So he thought we were all friends and started talking. We actually started to speak about how to make classical music more popular without not ruining it. Everyone had different ideas and it was actually a fun conversation. Until the rapist started saying to his girlfriend “These people are losers. They don’t know anything. Don’t listen to them”. Loud! So that we all could hear him.

My friend was so surprised by the comment because he had no idea this man was crazy. My friend is btw one of the best classical pianists in Sweden and the rapist stated talking about how we knew NOTHING about classical music. It was so absurd the whole thing, but it gets crazier.

Then when we were laughing and having fun the rapist started accusing me for being mean to his girlfriend – which was of course totally made up. We really liked each other and I was only really nice to her. It was so obvious he wanted to start a fight. With all of us.

A few minutes after, in the middle of a conversation, the rapist comes from behind and pushes the feminist man back so he lost his balance while shouting “You can’t be with us!!!”. Exactly like a 5-year old. The feminist man almost fell and then he just went and stood a few meters away. I don’t know if he got scared, angry of just felt humiliated. Anyway, it was so absurd and I got really mad.

So I told the rapist it was not ok and then I went and took the feminist man under his arm and pulled him back into the group so he could stand close to us again.

Then me and the feminist man went out to smoke and I was like “I can’t believe he showed up here. What can we do really? I don’t know these people at all. Should I say something.”

I didn’t but he did: At one point when the rapist was on the toilet the feminist man brought up the abuse with the girlfriend. The rapist came back and heard the conversation, got upset and the bartender said “You can’t talk about this” since he saw how a fight was starting to happen.

So we sat there and drank together and I just wanted to be nice to the woman, get to know her and make her feel like I would totally be there for her if she ever needed.

Then eventually me, my friend and the feminist man left to meet up with some musicians.

As soon as we left the bar me and the feminist man tuned to my friend and “YOU HAVE NO IDEA OF WHAT JUST REALLY HAPPENED! WHAT WAS REALLY GOING ON!” And we stood for almost 20 minutes in the freezing cold, waving our hands talking loud and explained the whole thing.

My friend was so shocked and said “I can’t believe men do these things to women”.

My friend can play the most advanced things on the piano, but if knowledge about men’s violence against women was a piano he would struggle forming a C major chord.

And the problem is my friends’ level of knowledge is not an exception. It’s the average. Hundreds of thousands, maybe over a million women die every year as a result of gender-based violence. In all countries women get beaten, raped and killed by men they know. In Sweden 118 women got killed by their partners last year. So many of my friends have been beaten, raped and sexually abused and me too. And what do we know about it? What do we care? Really…

Actually I have met very few adult women in my life that have never experienced any form of sexual violence. Most of us have and have been ever since we were children. Sexual harassment is a form of violence. I must have experienced that over a thousand times. Starting from catcalling to abuse.

I woke up thinking about what happened. How it was so obvious that the rapist was violent and knew about psychological terror. How it was so absurd that we all met there in the bar. I called one of my friends to tell her all about it and after I told her the whole story she said:

“The woman you met in the bar is my sister.”.

She explained that there will be a trial and she sent me the report with the photos from the police.

The beautiful face of her sister was completely destroyed. I’m so glad she didn’t go blind.

My friend told me that she hasn’t spoken with her sister for 10 years.

“He took my best friend away”.