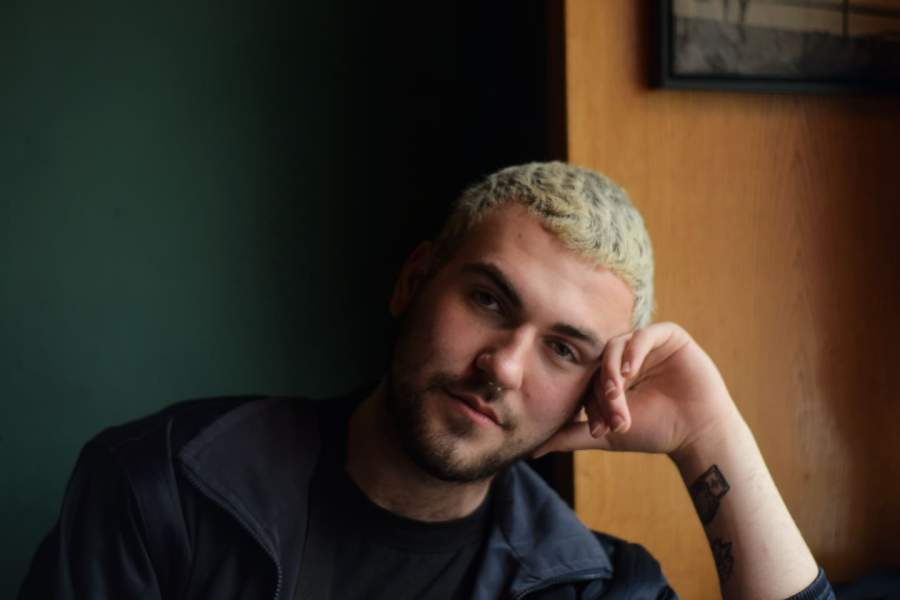 Tuesday last week some photos of a sexist music video was shared on Facebook. I re-shared the photos to start a discussion about sexism in music videos in Kosovo. Many comments were posted, but most of them were defending the sexism, victim blaming women and showing a great lack of knowledge about the subject – which REALLY upset me.

This discussion kept me up all night thinking about how I could push the conversation in another direction. I wanted to encourage the men of Kosovo to raise their awareness and knowledge about sexism and gender equality. But how?

Around 5 AM I got the idea of creating a competition for men in Kosovo based on 3 questions:

And I wanted a prize to create motivation. So the day after I reached out to people in Sweden asking them to sponsor this competition. In 2 hours I had raised 100 euros. And that’s how it all started.

Thank you all for taking part in this initiative. Your engagement and your leadership as men speaking with knowledge an understanding of gender equality is crucial for the whole cause, globally. We need you.

The winner of the competition, and 100€, is Leart Kabashi, a 20-year old psychology student from Prizren. And apart from sharing his answers in this blog post I would also like to share some quotes from you guys.

I feel very hopeful and happy sharing your views with the world.

“If a woman is a leader in Balkan especially, the man loses his “masculinity””

“Being raised in Kosovo and knowing my culture i know for sure that almost every village in Kosovo use the women as “objects”. Their opinion is nothing, they get nothing. They are raised to do household work, get married and kinda be their husband’s maid sadly. Gender equality is a new topic in Kosovo.“

“Our society is teaching girls to shrink themselves, to make themselves smaller, girls should aim to be successful but not so successful otherwise so that they will threaten the man.“

“The male lose his masculinity if a woman is higher than him, if a woman have a better opinion than his.“

“If we would travel we would see different cultures, and the understanding about feminism would be easier.”

“Our women are perhaps the strongest women on earth. Beside liberalization, we struggled to educate yourselves. This way we didn’t let women go to school, we didn’t let them go outside etc etc and that gave men ‘power’ over women to treat them like we own them.”

“In Kosovo with gender equality i think is the inheritance of property and this should change asap.”

“Also sexual Harassment and less job opportunities… I think women in Kosovo are slightly more skilled since i consider they feel they got something to prove but they need to be way, and i mean way more, persistence on that.”

“The should not talk because they don’t know”

“Here in Kosovo it is a general opinion that women are not as smart and educated as man. They should not talk because they don’t know, they should not give an opinion, they only need to do “their job” as housekeeper etc.”

“We need to make a campaign and stop males to treat a woman like a sex object, this is the main problem here.”

“Traditionally women could not be the best version of themselves because the gender roles and social norms has supported men more than women.“

“There are lots of problems that Kosovar women face on a daily basis.”

“Women don’t get the equal opportunities to pursue the carriers that they do want, or the right to inherit some of their parents wealth and so on.“

THE WINNER, LEART KABASHI AND HIS ANSWERS TO THE QUESTIONS

Why is it sexist to have a half-naked women dancing beside a fully dressed man in a music video?

Having half naked women dancing in a music video next to a fully dressed male singer is sexist because the way these videos are shot makes it clear that the women are mainly there as props, just so their sexualized bodies can be used by these male artists as a way to attract more attention to their songs and to get more money for themselves.

Those women in those music videos are only there to be seen as hot or sexy, all of these things which only deepen women’s objectification. It sends a message to men that that’s all women are.

This also helps set the expectation for other girls that that is all they are good at doing, and sets unrealistic body image standards. The vast majority of women do not fit the body images these models represent, and that does affect women’s self-esteem.

A woman should definitely be able to express her sexuality in whatever way she wants, but in these music videos these women are most likely not expressing themselves the way they want, it’s mostly how the producers, the majority if not all of whom are men, want them to express it, with the only aim being to increase profits and satisfy the male ego.

And, what’s really important, the women only get a really small percentage of the overall profit that their bodies are being used to make.

What are the biggest problems with gender inequality in Kosovo?

Gender inequality in Kosovo is a huge problem and shows in everything that happens on a daily basis. To start off, domestic chores are almost completely done by women; men barely do anything at all in the home. And despite this, women usually aren’t given any inheritance or equal share in property, so they have to be dependent on men.

They are also much less supported in their efforts for financial independence. This affects women’s access to employment, them being taken seriously in being whatever they want to be, achieving their goals.

Safety is another big problem. I as a man am not half as scared to walk alone at night because statistically speaking, and by looking at the numbers of women that get raped and harassed compared to men, I am aware that the chances of something like that happening to me are much lower.

And women aren’t safe in their own homes either, and we see that by the high number of domestic violence cases. Most of the time, women are not taken seriously when expressing their concerns, and we see that with cases of women that has been denied protection by the police for up to 3 times before they ended up killed by their husbands.

What are you doing as a man to further gender equality in Kosovo?

I try to apply the things that I am taught by my sisters on a day to day basis, listen to my female friends and family members’ experiences, learn from those even though I am aware that I could never relate to most of their experiences, and be as attentive as possible.

I try to do an equal share of house chores. I try to talk to other men about these topics whenever I can. Basically, I try to put all of those things in action on a daily basis since we don’t get to protest loudly every day, not even every month.

But when I do get the chance to protest loudly, I make sure to join marches and protests for women’s rights.