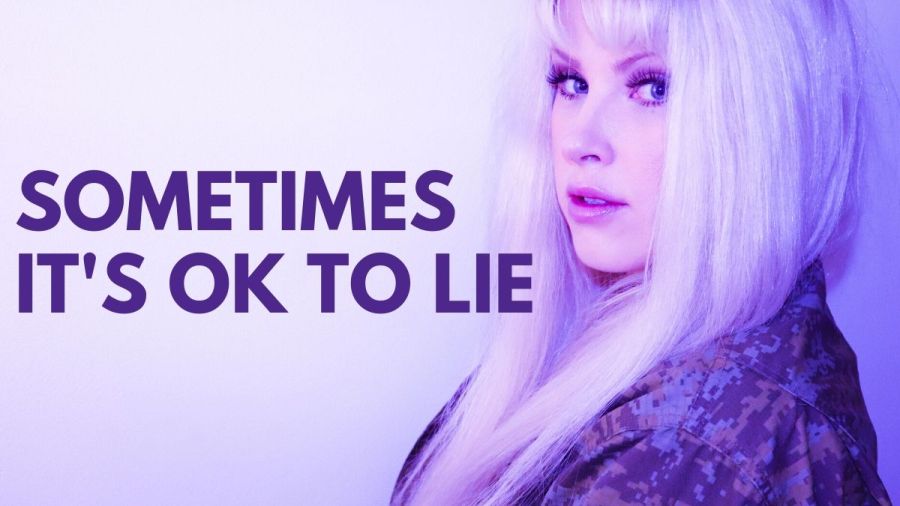 Yesterday I had the most terrifying conversation with my friends. We were sitting at this lovely taverna in the city drinking wine and they told me the most horrific stories that made the blood in my veins freeze.

First: About the plates. My friend’s boyfriend didn’t wash his own plates after dinner in their parent’s houses when they first met. His mother did that. And he is older than 30.

My friend even told her boyfriend “Take your plate or do you think I will do it?” Then apparently the mother answered “No. I will do it. In this house, my son doesn’t have do lift a finger.” WHAT THE FUCK?!

Then my other friend told me that one day when her boyfriend was ironing his shirts the mother came into the room and just pointed at her and said “She should to that.”

Fuck. I almost fell off my chair hearing this.

Then this other insane story came up about a boyfriend’s parents making their son break up with my friend BECAUSE SHE HAD A DOG! He seriously left her because his parents told him to.

BECAUSE SHE HAD A DOG!

Then they eventually got back together again, but WTF… The parents forced him to leave her. AND HE DID!

BECAUSE SHE HAD A DOG!

Sorry, but what a fucking pussy.

And I knew that women in Kosovo spend 7.2 hours on household work and family responsibilities compared with the 2.5 hours men do, but statistics is one thing and real-life stories from your friends are something different.

I also knew that families here in Kosovo take care of each other and are very close which is something that I admire, but I mean have anyone in this country ever heard the expression “cutting the navel cord”!?

Cutting the navel cord in Sweden

That is what happens in Sweden when you are 16-18. You start preparing for a life as a grownup and the day you turn 18 your parents basically have NOTHING to say anymore. And they know it.

And if your parents won’t let you leave the house you can even call the police and report them for kidnapping.

But obviously, if you live at you parents place you still have to follow the rules of the house. Like huge parties only when they are invited and no drugs in the house. At least that has been my rules.

I have lived a lot with my parents as an adult. Between my travels. And I love it. Since I have lived abroad a lot I appreciate these periods coming home spending a lot of time with my family.

My parents are famous party people

My parents are famous in my city for throwing the most insane parties and being open and loving to everyone. We have like 13 rooms in our house and often many are occupied by different weird artistic people from all over the world. Musicians and other misfits.

And all my boyfriends have loved my parents so much and I honestly don’t remember one single time that they have caused any sort of problems in my relationships.

Even if I came home with Fatmir Limaj my parents would embrace him fully. They would even love his highly unpredictable and confusing political philosophy. That’s how much they would try to understand the impossible.

Just some fun facts about my family’s parties: One time we took away all the pieces of furniture of the house and put up brown wallpaper so the house would look like an African desert (African party).

And another time we turned our house into space putting up silver cardboards and hundreds of planets hanging from the ceiling (Space party).

But anyway, when you are 18 you can just jump on a plane to Australia or a rocket to the moon. But here in Kosovo, I have friends that are 25 and can not even go to another city without their parents’ permission.

Because they are still living at their parents’ place and their parents still decide a lot in their lives. And especially outside Pristina.

I interviewed some guys from a village outside Mitrovica about dating and they explained that they only date in secret in parks or at motels. If you take a girl out to dinner or your parents – she is the one you’re gonna marry.

Even my boyfriend told me this is the same in his family. He even asked me if I wanted to go. I was like “5 min ago we had a misunderstanding and I thought he was dumping me and now he is asking to marry me.”

Am I really bipolar or is Kosovo bipolar?

Swedish style of getting adult

Anyway, this freedom that comes in Sweden when you turn 18 also comes with responsibilities. You are expected to get your own apartment or at least working and planning to get your own place.

And if you are working still living at home some people even pay rent to their parents.

I never paid rent. And I think both me and my brother have been spoiled by our parents. We should have done more while being kids. Because guess what. Even in Sweden mothers end up doing way more in the house. Waaaay more. Even in the most feminist families.

I remember one simple thing my mum told us to do. To turn the clothes the right way before we threw them into the laundry room. So that she with rheumatism didn’t have to turn cold wet cloths in and out while hanging them in a cold basment.

Today I just want to hit my 15-year old self with a stick in the head for not understanding the importance of this.

I also wish my parents had more equal time and opportunities to invest in their careers and dreams. But like in most cases, even in the most gender-equal country in the world, the woman is the one ending up taking steps back when kids come into the world.

We still have such a long way to go.

Washing his own clothes

But back to the taverna in Pristina. After 3 glasses and more awful stories, I finally asked. “But do your boyfriends wash their own clothes?” And one of my friends said no. She told me that his mother does that for him. FUCK!!!!

I’m sorry I don’t mean to be disrespectful, but the only question that remains for a western woman in this context is “Does your mother suck your dick too?” And that’s exactly what my friend asked her boyfriend!

Because if a mother cooks for you, cleans for you, washes your clothes, irons your shirts, changes your sheets and you are not 8, but 20 or 30, it just becomes perverted. I mean how can you respect your boyfriend as a man if his mother is still treating him like a baby!? And if he is letting her.

OMG. This makes me think about that woman in Game of Thrones who’s breastfeeding her 12-year-old son. Creepy, creepy, creepy!

Now the only question is, what shall I do with this information? On Saturday we’re having this dinner where our boyfriends are gonna meet for the first time and what if this topic comes up?

There are only two solutions: Either my boyfriend is washing his dishes, cleaning the house, washing his clothes and ironing his shirts or he is going to have to be THE LIAR OF THE FUCKING CENTURY.

Then another interesting topic came up. “The talk”. This is apparently a thing here. It is when a man explains that his family comes first. Or does it go for women too? According to my friends its a male thing.

Anyway, he told me this. So yes, I guess we have had “The Talk”.

But the question is, what does it really mean? When he told it to me it sounded a bit strange, but I think most of all because no one has ever said something like that to me before. Or because lately, I have dealt with my boyfriend’s kids and not their parents.

Or because all the men I have ever been with has always told me I’m number one. Maybe I just like the number 1 more than 2.

Anyways, I just tried to understand “The Talk” as him being a loving family man, and that taking care of your parents is important for a man here, in the same way that Swedish women prioritize their careers first.

For me it just felt like he was trying to explain his values and the kind of man he is. And that’s something I love to listen to. Even if I sometimes might not really understand what it means.

Is this a part of the family first package?!

But then my friends started telling me about how their boyfriends have been so fucking weak in some situations when it comes to standing up to their parents when the parents have been mean and nasty to them.

I can’t believe that. Absurd!!! And I would NEVER accept that.

Both because I think backbone is one of the most important features in a man AND because I would never be with a man who let’s other people treat me bad AND because when it comes to family, where I come from, you have a responsibility, whether you’re a man as a woman, to make sure that your family always respect your partner and treat them good.

He is my boyfriend in Kosovo but not in Sweden

It’s also interesting because in Sweden this guy I like, is not my boyfriend. But in Kosovo he is. Because here the label “girlfriend” or “boyfriend” comes so quickly. Like after you have sex for the first time, whilst in Sweden, that’s just the beginning of the dating phase.

Because in Sweden there are a lot of steps, basically things to know about each other (like if he is washing his dishes or not) BEFORE you put the label on the relationship. But here it’s the other way around. The label comes first.

Then you just have to be fucking lucky.

Well, I hope I’m gonna be lucky because I really like this man.

How I feel about him

And for how he listens to my feelings and keeps finding a way back into my heart even when I think he can’t.

You know, when he looks at me I can’t breathe and when he touches me I get butterflies in my stomach and when he lifts me and put me up against the wall in front of all my friends at my party and whispers that he only wants to make me happy – My heart stops.

And I know he can’t take me to my favorite restaurant in London, he doesn’t know what Paris looks like in the autumn, he has no idea of the smell of the air in the Sistine Chapel, or the sound of jazz with Central Park as the backdrop, or what the sex shows looks like in Amsterdam, or how the best part of The Louvre is the basement, or how huge the steps are on the Great Wall of China are or how it feels walking barefoot on the killing fields in Cambodia or the deserted beaches of the Philippines.

He has probably never listened to a single record of Miles Davis, or read a single page of Nietzsche, or stood a single minute in front of a Picasso painting or heard a single concert of Bach.

But it doesn’t matter.

Because I’m in love with him.

(…..He better wash his own fucking plates)